What We're Most Excited For At Mobile World Congress 2017

The world and its mobile phones are getting smaller, faster, and more connected, all culminating in the Mobile World Congress 2017. Mobile is well and truly taking over the world, simplifying our everyday tasks and streamlining our lives to let us live more intelligently. We're living in a new age of innovation, with remarkable breakthroughs in technological advancements being announced to the world on a more and more frequent basis. Mobile technology is placed right at the heart of these breakthroughs.

Bismart at the Mobile World Congress 2017

Internet of Things - a vision of the future

If you've never heard of the term the 'Internet of Things,' it's time for you to get familiar with your future way of living. The concept has been around for a while now, but only in recent years has it become truly possible to make the idea an everyday reality for us, rising hand in hand with the mobile technology from which the Internet of Things will flourish. The Mobile World Congress 2017 will give us a fantastic view of the world of tomorrow with numerous IoT showcases. 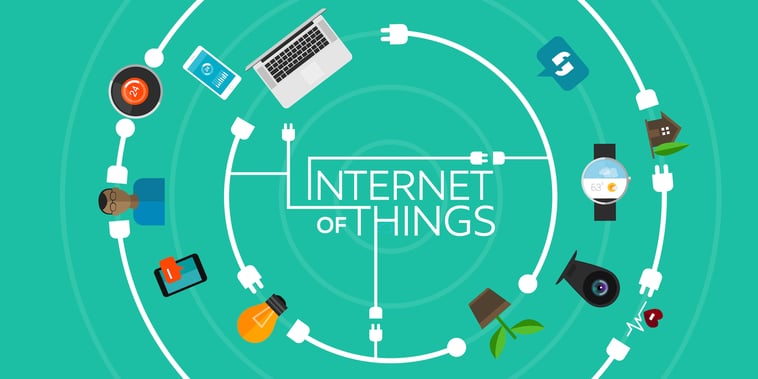 Congress organizers GSMA are holding a seminar on Connected Living - IoT Elements: Bringing The Smart City To Life. The majority of the world's population now live in cities, a trend that is expected to continue to grow and grow. Cities in the future will have no choice but to be Smart Cities, as this will prove the most effective way of dealing with problems such as traffic congestion, pollution, and growing populations. Ideas for dealing with these issues will be shared at the seminar as well as the 2017 Global IoT Summit.

Ben Scott-Robinson is the founder of Small Robot Company, an Artificial Intelligence experience design company, with a big year ahead of them for 2017. Scott-Robinson will be delivering a speech at the conference for Artificial Intelligence: Automation and Robotics, and may perhaps be revealing some of his company's upcoming projects, as their website only vaguely alludes to the excitement with a simple message reading only: "All will be revealed in 2017."

As well as this, we can't wait for the conference on Artificial Intelligence: Chatbots and Virtual Assistants. Speaking will be Tom Vandendooren from Sentiance, a company that specializes in what they dub 'ambient intelligence' - intelligent machines aware of the context surrounding them. Chatbots and virtual assistants are projected to overtake apps in popularity, so the development of artificial intelligence technology coupled with the Internet of Things are going to create a beautiful harmony for the world we will occupy in a few decades' time.

Don't you just love being able to open up your phone and Google the best directions to the restaurant you're on the way to in an instant? No lag, just super quick information. 4G connectivity entered our lives not even a decade ago, and much more recently than that for most commercial users, and it represented a huge step up in mobile internet speed from the previously beloved 3G. But what's the next step? We're not finished developing faster and faster speeds and capabilities just yet!

The next generation - 5G - has not yet been strictly defined, and is still in the development stage. A likely progression it will make on it's 4G little brother will be its widespread availability, allowing consumers access to huge rates of high definition media consumption without relying on any Wi-Fi network. But Peter Jarich of Current Analysis will be at the Mobile World Congress to discuss the future of 5G with us in his conference 5G Beyond The Hype: Value And Building Blocks. We'll also be keeping a close eye on 5G Impact, which will be bringing the themes of 5G together with machine learning and virtual reality.

Where better for mobile phone companies to show off their newest, shiniest models than in the Mobile World Congress? 2017's hottest new models will be on display for us to discover and play with at the congress. Giants of the tech industry such as Samsung, Sony, LG, Motorola, and many more will be at the congress strutting their stuff.

It's widely been reported that Sony will show off an update to their Xperia X family at Mobile World Congress, and the company has a big press conference scheduled for Monday February 27th, so it's fair to say there's probably something to be excited by. Nokia on the other hand, who recently started making Android phone, say they have a few announcements to make a day before MWC17. Most likely this will see the release of some new Android models. Meanwhile over at HTC, the talk of the town is they are likely to release a brand new flagship phone - one that will feature no buttons whatsoever on it.

The new age of entertainment is upon us! It's time to put down the controllers and ditch the 2D plane that your television screen offers you for your gaming pleasure, and instead take a leap into a whole new world that totally surrounds you in the game's atmosphere! That's what Virtual Reality (VR) offers. Augmented Reality (AR) slightly differs in that the vision the headset gives you is not completely created by the machine, but rather you can see past the glass panel in front of your eyes into the real world, but you can also see computerized images or control panels on top the real world around you.

On Tuesday February 28th there will be a conference with a host of different fascinating speakers under the theme of Mobile VR: Enhancing the Entertainment Experience. For a more technical approach to the amazing world of VR/AR, you could consider heading to the AR/VR Software, Platforms and UIs conference on the Thursday of the event. We eagerly await both!

Take Data Visualization To Another Level With Zebra BI!

How To Create Google Analytics Time Filter in Power BI?