10 aging population statistics that highlight why we need Big Data

Aging populations are a reality that countries all around the world have to face. Older populations are increasing in both number and proportion globally, so just about every single country will have to deal with this issue sooner or later. This shift is going to lead to changes for many different parts of society.

And those changes aren’t going to happen in a far-off future. Rather, they are already happening all around us.

This means that we need big data solutions that can help us deal with this global change. Here are 10 statistics that highlight why we need to help our aging populations right now.

Our future citizens will be living longer lives than ever. A study by the Census Bureau funded by the National Institutes of Health (NIH) expects life expectancy at birth to increase by 8 years by the year 2050.

2. 44% of people will live in a country with a relatively aged population by 2050

A report on world population by the United Nations shows that the number of people who will live in countries with relatively aged populations will increase by the year 2050.

This means that 44% of people around the world will live in a country where 20% or more of the population is above age 60. 25% will live in countries where this figure rises to 30%

3. Lonely seniors have a 45% greater risk of death

One issue that many elderly people encounter is feeling lonely. A study by the University of California, San Francisco, found that 43% of seniors feel lonely on a regular basis. 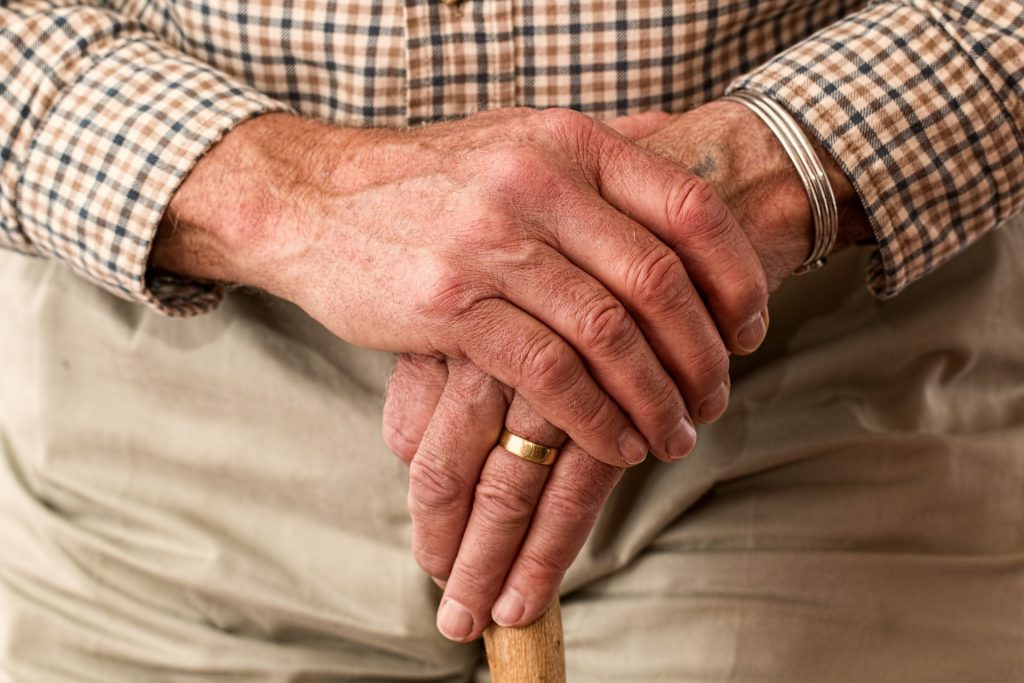 4. The “oldest old” will triple in number

“Oldest old” refers to people who are 80 years or older. The number of aging people is already rising rapidly, but the oldest old are growing even faster. Our aging populations are aging.

5. The U.S. will see a 75% increase the number of seniors requiring nursing home care

In 2010, about 1.3 million Americans aged 65 and above required nursing home care. But as the baby boom generation ages, that number is estimated to increase to around 2.3 million by 2030.

However, 90% of American seniors also said that they want to live in their own homes as long as possible.

6. The U.K. alone will see 2 million more cases of Alzheimer's

Alzheimer's currently costs the U.K. around £26 billion per year, with approximately 850,000 cases, or about 1 in every 14 members of the aged population.

This number is expected to increase rapidly, with a forecast of over 1 million cases by 2025 and more than 2 million by 2051.

Dementia is also rising rapidly in the U.K. The two conditions are the leading cause of death for women above 80 and men above 85. If things stay as they are now, the National Health Service (NHS) will be put under serious strain.

7. 60% of seniors have a long-term health condition

Aging populations present a challenge in part because of the health issues faced by many seniors. IBM conducted a study that shows how widespread this issue is for our older populations. 60% of seniors have a long-term physical condition, 33% have a short-term condition, and 25% suffer from memory problems. 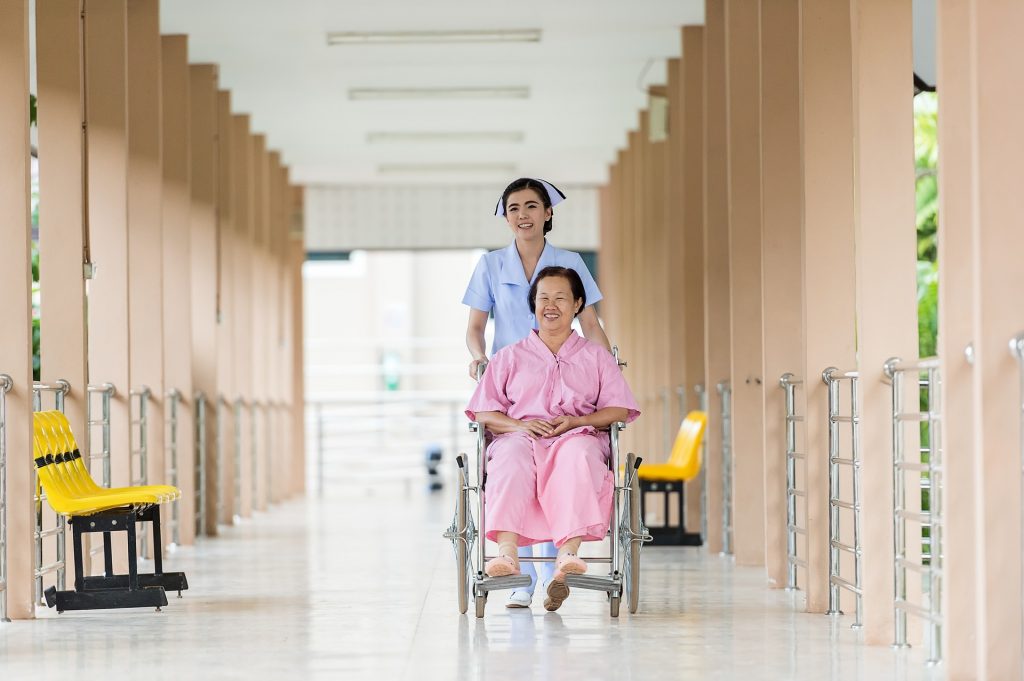 Every single EU Member State is seeing its share of over-65s in its population increase. So are the European Free Trade Association (EFTA) countries and the EU candidate countries.

The EU-28 countries are also seeing a decrease in the share of the population under 15 years of age. Low birth rates and high life expectancy are transforming the population structure in the EU.

9. The number of older people in Latin America and the Caribbean will grow by 71%

Over the next 15 years, there are going to be rapid increases in the number of older people. The fastest-growing region is Latin America and the Caribbean, which is estimated to experience a 71% increase in over-60s.

The next fastest-growing region is Asia at a 66% increase, with Africa coming in not far behind at 64%.

Oceania and North America will see rates of 47% and 41% respectively, while Europe will see a 23% increase.

10. The global aging population will reach more than 1.5 billion in the next 30 years

Countries everywhere are either already experiencing or going to experience aging populations in the near future. The over-65 population is projected to reach 1.5 billion by the year 2050 (up from 524 million in 2010). The countries that will see the biggest increase are developing countries. 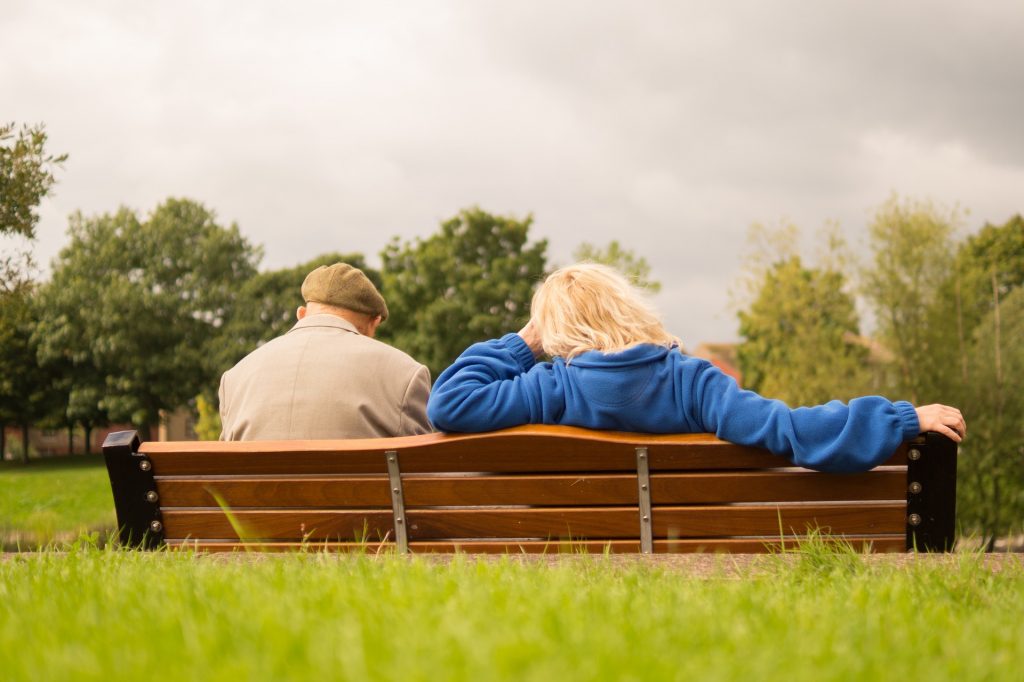 The time to address these issues is now. Aging populations are quickly on the rise, and we can all be better prepared to deal with the challenges they will bring - and are already bringing - if we take a proactive approach to addressing the situation.

One of the most powerful tools we have to help our aging populations is Big Data.

By studying and analyzing trends and patterns that are happening in aged populations, social services and other care providers can pinpoint the real problems, and come up with solutions to address them before they spiral into crises.

Big Data solutions can help us with a range of issues, from predicting which elderly people will need the most assistance to finding out ways to better protect seniors from financial fraud. We can also use data to monitor an individual’s health to catch problematic patterns before they develop into major health issues.

Data is a hugely powerful tool when paired with solutions tailored to the specific issues faced by aging populations. Together, we can work on ways to use Big Data to help our over-65s all around the world.

We want to invite you to participate the conversation about how we can use technology to help aging populations. Come join our group on LinkedIn and share your insights: 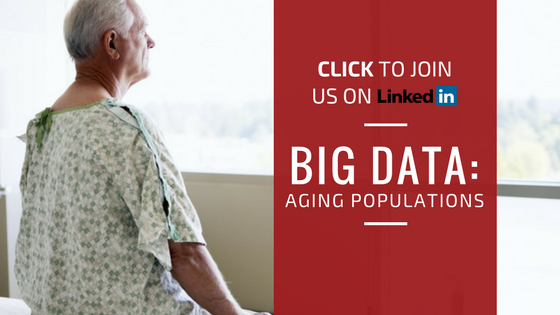