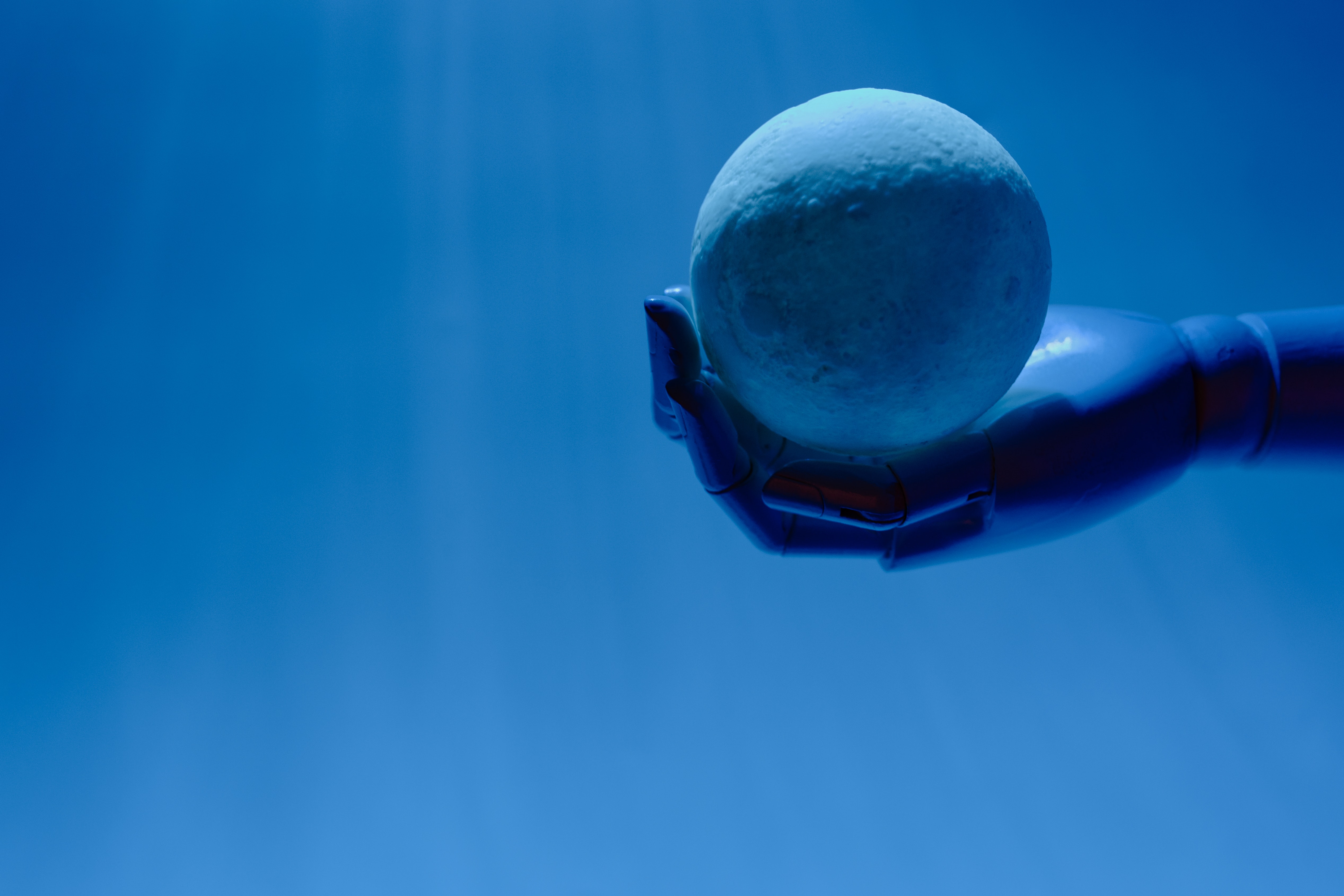 In this blog we have spoken on numerous occasions about the crucial role that artificial intelligence (AI) is adopting in the business world in recent years. However, beyond the business sector, artificial intelligence is the leading character of multidisciplinary projects that take advantage of the potential of this technology to improve lives, mitigate socio-demographic crises and, in short, make the world a better place.

Here we review some of this year's most important AI projects, which demonstrate that the use cases for this technology know no limits and that, if used well, artificial intelligence can be a great ally when it comes to solving social problems.

1. The first artificial intelligence solution that equals a human brain

The company has announced the development of an AI-based model and device training system that can handle the same amount of parameters as a human brain, which is definitely a turning point in the history of artificial intelligence.

The human brain has around 100 trillion neural connections that process information and give us the ability to learn new things. So far, most artificial intelligence systems have around 1% of the human brain's processing capacity.

Cerebras Systems is creating an artificial intelligence-based computational system that will be able to handle up to 120 trillion parameters, even exceeding the human brain's capacity.

In times of social and healthcare crises such as the one we are experiencing, artificial intelligence can be of great help. A new initiative by Hospital del Mar —in collaboration with Bismart and laboratories Ferrer— proves it.

During the worst stage of the pandemic, the research team at Barcelona's Hospital del Mar decided to undertake an innovative project that uses folksonomy —a branch of artificial intelligence— to analyse and detect common characteristics among COVID-19 patients.

The project is based on Bismart Folksonomy, an AI solution that uses natural language processing, through which Hospital del Mar's team has been able to detect common characteristics among Covid-19 patients and identify patterns in the virus' behaviour with no need to dedicate a large number of working hours to data collection and analysis.

It is a groundbreaking project in Spain which, among other things, has enabled Hospital del Mar to obtain unique insights into the disease and to better adapt treatments to the patients' reality.

3. An algorithm that manages to solve complex entanglements without help

This September, quantum physicist Mario Krenn set up a new research group at the Max Planck Institute for the Science of Light in Germany. The aim of the new group is to harness artificial intelligence algorithms for quantum physics experiments.

The research team is already developing the first AI algorithm that will make it possible to subtract the conceptual axes of solutions to very complex scientific problems.

It's not the first time he's made such an attempt. In 2016 Krenn created an AI algorithm called Melvin that was able to create highly complex entangled states involving multiple photons. Melvin's great achievement is that it managed to develop the states without anyone having given him the necessary instructions to do so.

Now Krenn has created an improved version of Melvin. The new deep learning algorithm is called Theseus, exceeds Melvin's power and promises to be the star of the new research group at the Max Planck Institute.

The mass vaccination campaign against Covid-19 is undoubtedly the largest and most important global health project currently underway.

The supply and distribution of vaccines involves a logistical and production effort that must be carried out in record time without compromising the quality of the material administered.

The Italian company Stevanato Group is one of the world's leading suppliers of vials and syringes for Covid-19 vaccination. The company is also a producer of vaccine inspection equipment and plastic components used in the virus detection kits.

Aiming to improve the efficiency of its supply chain without compromising the optimal quality of the process, the organisation has turned to artificial intelligence, cloud computing and mixed reality. Specifically, the company has started using Microsoft 365 and Microsoft Teams as systems for collaboration and coordination between different work teams, which has reduced the number of supply chain disruptions.

In addition, the company has leveraged machine learning to optimise its data strategy through large-scale queries and automated data analysis, which has enabled them to improve the efficiency and speed of its quality testing.

5. A beach free of cigarette butts

Climate change is one of the world' s most pressing concerns at the moment. According to National Geographic's latest data, more than 5 trillion cigarette butts are discarded in natural environments every year. Beaches are one of the most affected ecosystems since cigarette butts contain more than 30 toxic substances which, in contact with water, dissolve and contaminate the habitat.

To reduce the environmental impact of cigarette butts on beaches, Edwin Bos and Martijn Lukaart, both working in TechTIcs, have created BeachBot.

BeachBot is a robot that detects and collects cigarette butts from the sand using artificial intelligence algorithms. The robot's great feat is that it is able to identify cigarette butts that are buried in the sand. The robot detects waste through various cameras, picks it up, stores it inside and then throws it in the trash.

The project also benefits from citizen participation, as TechTIcs has set up a system through which anyone can send in photographs of waste found on the beach to help BeachBot battle pollution.

Artificial intelligence is becoming a critical technology for medical research and the number of successful cases of its application to solve scientific problems related to healthcare is increasing year by year.
In 2021 Google Research and Mayo Clinic researchers have developed a new AI algorithm called "basis profile curve identification" to optimise the treatment of patients with movement disorders and epilepsy who require electrical brain stimulation devices.
Brain stimulation from electrical shocks helps researchers study the behaviour of brain connections in these patients, measuring voltage responses in affected areas and comparing them to unaffected areas. However, according to Mayo Clinic researchers, analysing the interaction of brain networks is very complicated as the signals that are recorded are complex and the measurements that can be made are limited.
With the new artificial intelligence algorithm, Mayo Clinic researchers have been able to simplify comparisons between the effects of electrical stimulation on the brain. Using the algorithm, scientists can discover which brain regions interact with each other and optimise electrode placement for electrical stimulation devices.

Hungary is the setting for another example of the application of artificial intelligence to mitigate the effects of ecosystem pollution and climate change. The country, full of vast grasslands, is home to several endangered animal species. Among them, the Prezwalski horse is one of the most threatened. There are only about 2,000 of them left in the world, 300 of which are in Hungary.
The Biosphere Reserve of Hortobágy National Park fights the extinction of the species by breeding horses in the natural environment. When they have grown up and are ready, the horses are moved to their natural habitat in Mongolia.
Hortobágy National Park together with the Faculty of Science and Technology and the Department of Evolutionary Zoology of Debracen University are using Microsoft technology to study Przewalski horses. The species coexists with other horse species, so identifying and counting them is not easy.
Researchers are now using drones to observe the animals without disturbing them and collecting high-resolution images that are analysed using Microsoft's automatic image analysis. The University of Debrecen is training the artificial intelligence algorithm to optimise the accuracy of the identification so that scientists can observe the animal in real time without having to resort to physical intervention.

Monsoon rains visit Australia's tropical north every year-end. The downpours transform the landscape, causing flooding and the isolation of large lands. This phenomenon greatly reduces the chances of survival of the endangered turtles that inhabit the west coast of Cape York.
CSIRO, the Aak Puul Ngantam (APN) ranger team, has initiated a collaborative project with Australia's National Environmental Science Program (NESP) that leverages Microsoft technology to save endangered sea turtles.
The technology used is a cloud-based system that harnesses artificial intelligence to automatically analyse thousands of aerial photographs of Australia's northern coastline to detect turtle nests. This allows rangers to quickly identify endangered turtle hatchlings, even in isolated areas, and save them from predators.

All in all, the success stories listed in this article exemplify some of the reasons why artificial intelligence is one of the most promising technologies of our time. Year after year, new developments in this technology show us that there is still much to discover when it comes to artificial intelligence. The future, like the next algorithm, is yet to be written.